Suit and Suitability in Print!

This is just a quick announcement that Suit and Suitability is now available in print from Amazon! 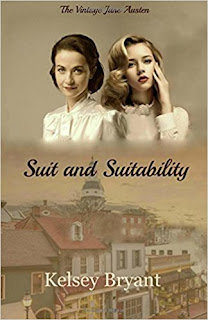 Also, remember those interviews with the Vintage Jane Austen authors? In case you missed the last one, click here for Rebekah Jones's. She's the author of Presumption and Partiality, the upcoming Pride and Prejudice retelling.

For one more bit of news, are you interested in helping the Vintage Jane Austen authors with special week of reviews, giveaways, and sales? If so, sign up with this form!
Posted by Kelsey Bryant at 12:36 PM 2 comments:

The Rise of Aredor Blog Tour


Check out these two exciting novels that fantasy author Claire Banschbach is re-releasing! 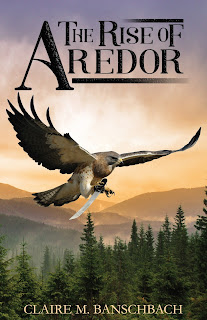 The Rise of Aredor

Lost in a foreign land and separated from his family, Corin does his best to survive as a slave in the household of a Calorin lord. With newfound friends he fights for survival in ambushes and wars. For one act of bravery, he is awarded his freedom and returns to a home that has been invaded and ravaged by the Calorin armies. When Corin sets foot on Aredor's shores, he has one goal in mind: find his family. He is driven into the forest, where he is reunited with childhood friends. From the shelter of the woods, they begin a spirited rebellion against Corin's former cruel master, who now holds sway over Aredor. Follow Corin's path in his quest to free his imprisoned brother, find a father who has vanished, and ultimately free his country in The Rise of Aredor. 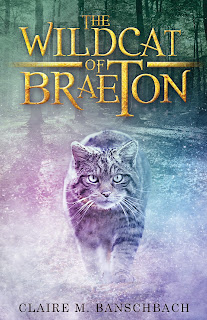 The Wildcat of Braeton
His term of service to Lord Rishdah now complete, Aiden returns to his home in Braeton. As he travels he hears rumors that trouble plagues Braeton. Clan Canich is being attacked from within. He arrives, determined to save his father, his brothers, and his Clan from the treachery of one man.

A year has passed since the Calorins were driven from Aredor and Corin is struggling to rebuild his country. Despite the peace, a fear haunts him that the Calorins aren’t far away. The Hawk Flight takes to the forest again to defend the borders against a possible attack from the neighboring country of Durna and its Calorin ally.

As Aiden and Corin struggle to adapt to their new lives they know one thing for certain - war is coming to the North!
Goodreads | Amazon | Barnes & Noble


Claire M. Banschbach is a native West Texan. She discovered a deep and abiding love for fantasy and science fiction at a young age, prompting her to begin exploring worlds armed only with an overactive imagination and a pen while obtaining degrees in Kinesiology from Texas A&M and Physical Therapy from Texas Tech University.


She talks to fictional characters more than she should while struggling to find time for all their stories. She currently resides in Arlington, TX where she works as a Pediatric Physical Therapist.


Claire is offering a giveaway of ebooks of The Rise of Aredor and The Wildcat of Braeton, a set of 4 notecards of the series artwork, and the grand prize is a paperback set of the books + 1 notecard of choice! 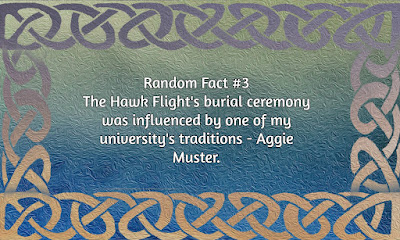 Excerpt from The Rise of Aredor
Hamíd walked down out of the town. He was off duty and had a few spare hours and was in search of Castimir. He hadn’t yet said anything about the young man’s presence with the army, something he knew was dangerous to keep to himself. But he had been forced to agree with the fact he would have done the same. Some part of him hoped to find Castimir and convince him to leave as if his words held any weight. As he passed through the gate, he heard his name called. He was surprised to see Castimir himself hurrying after him.


“Hamíd, what news?” He gave Hamíd a friendly slap on the shoulder.


Hamíd was somewhat taken aback by the gesture. “Why are you asking me, sir?”


Castimir flashed a smile. “Well, since Father hasn’t torn the camp apart looking for me yet, I assumed you didn’t tell anyone. So I partly came to thank you, I guess. And I still want to know what’s going on.”


Hamíd shook his head. “You should wait to hear that from your commanding officer.”


The beginnings of a rare grin began to spread over Hamíd’s face. “What if I don’t tell you?”


“I take it all back, I hate you!” Castimir pleaded for a few more minutes and Hamíd finally relented.


“All right, we’re going back to Makurung in a few days.”


“Is that all?” Castimir asked suspiciously.


“You both have some serious explaining to do.”


Emily Kopf – Review for The Rise of Aredor


Faith Blum – Spotlight for The Wildcat of Braeton
Posted by Kelsey Bryant at 5:36 AM 5 comments: 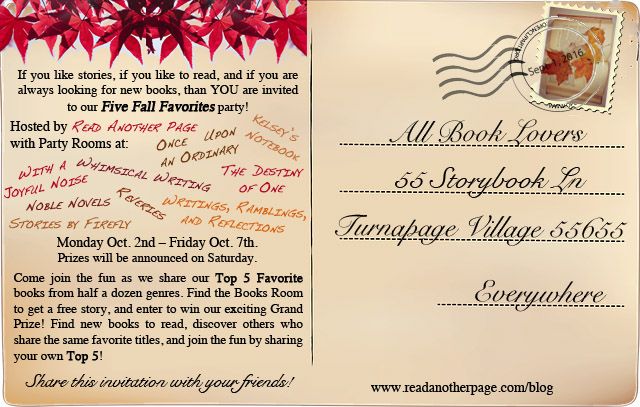 Please forgive the spill-over into my sidebar, but I want this invitation to be nice and big so you can read all the information. :) This is the first year I've participated in the Five Fall Favorites party, and I'm really looking forward to it. I hope you'll join us!
Posted by Kelsey Bryant at 8:41 AM 4 comments:

Stuck on an Island

I hope you had a great Labor Day! For me, I was able to make progress on a story, which adds a special shine to any day in my estimation.


Since I last posted, I’ve resettled into a writing routine (as of right now!). What am I working on? A third Marielle novel, this one set on Prince Edward Island. (By the by, exactly one year ago today I arrived on P.E.I. to begin my own adventure there.) I don’t want to share many details too soon because details tend to be fickle and whimsical, but for now, the novel is going well. I know I should be optimistic, but, honestly, I’m holding my breath about how its progress will continue, because for the several months that I’ve had this idea and begun working on it, it evaded my interest and enthusiasm.

Surely you’ve also felt completely unmotivated about working on a project that you know you should be excited about. Days and weeks go by, and you’re feeling more and more unhappy about being “forced” to do it until you just want to slide it off your plate into the trashcan. That was me with this novel. Friends had made some suggestions that added to the plot, and I thought I was set. I began to peck at it but couldn’t manage much, especially on the days I did my editing jobs. I realized this couldn’t go on – either I’d have to get serious about it or drop it altogether. I went with the former because I knew there needed to be a third Marielle installment. And now, several weeks later, it’s captured my heart and I love writing it.

How did I get to that point? If you’re trying to overcome reluctance to work on one of your own projects, writing or otherwise, maybe something here might help:

- After hours of editing, I couldn’t stand to be on the computer anymore once I was done for the night. So I pulled out a good old-fashioned notebook and handwrote a few pages. It was slow, but at least it was progress, and a change of place and position loosened up my creativity.
- Tweaking what I’d already written to match the new plot ideas gave me a context for picking up where I left off after a long absence.
- Photos fed my visual-hungry brain and reminded me why I love Prince Edward Island.
- Research answered some questions and helped me craft atmosphere and details.
- Reminiscing about my own P.E.I. trip gave me inspiration for characters and settings.
- Poetry made me fall in love with words and imagery all over again, and writing tips made me want to try them out on my own creative work.
- Reading some of L. M. Montgomery’s beautiful writing (the P.E.I. author of Anne of Green Gables) inspired me more than anything else – after all, she is the person who ignited my work-in-progress in the first place.

So the next time I feel stuck, I hope can remember to take the time to search for inspiration to fill up my dry well. If we have nothing to draw from, how can we keep producing?

What do you do when you feel stuck?
Posted by Kelsey Bryant at 5:35 PM 6 comments: