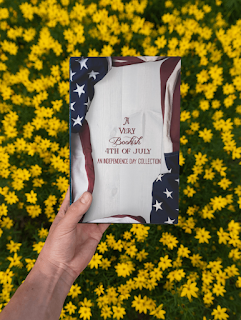 I'm so excited to announce the next book in the A Very Bookish Holiday series.

A Very Bookish Fourth of July!

I will be joining several other authors in this collection of novellas inspired by the Fourth of July and beloved classic books. We need you! We need some readers to help promote this release!

Apply to this exclusive team HERE.

Posted by Kelsey Bryant at 4:19 PM No comments:

Email ThisBlogThis!Share to TwitterShare to FacebookShare to Pinterest
Labels: A Very Bookish Fourth of July

I'm excited to share with you about this new release by Rachel Rossano, one of my favorite indie authors, published on April 21!

Book 2 of Once Upon a Duchy 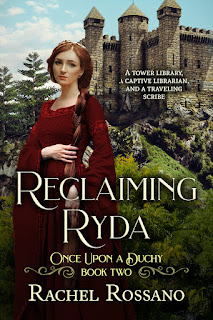 Rydaria lives as a prisoner in a tower library. Captured as a child, her past is a mystery. Maintaining the literary treasures within her care, she studies the world through books that give her a glimpse of the freedom she craves.

A scribe by trade, Crispin has devoted the last three years of his life seeking the lost heir of Avalene. He travels to Worthenave’s famed library in hopes of finding the key. Instead, he discovers a new mystery, a beautiful librarian who is locked in with her books every night.

As the days pass, Crispin must choose. Rydaria’s precarious situation is deteriorating. Meanwhile, his duty demands he leave before the Duke of Worthenave uncovers his quest. Still, the scribe can’t bring himself to abandon the captive in the library tower, even if it costs him his mission. 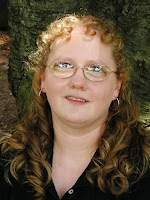 Rachel Rossano specializes in clean romantic fiction set in historical-feeling fantasy worlds. She also dabbles in straightforward historical romance and not-so-strict speculative fiction. A happily married mother of three children, she divides her time between mothering, teaching, and writing. She endeavors to enchant, thrill, entertain, and amuse through her work. A constant student, she seeks to improve her skills and loves to hear from readers.

Distantly the noon bells sounded as I lifted the first of the scrolls into place. Hoping that the stranger would leave for his meal, I continued to replace the scrolls until at least a score of minutes had passed. The last one slid home with satisfying ease. Dusting myself off a bit, I descended to the first floor to check if my meal had arrived.

Only one meal, the standard shavings of meat, a small loaf of bread, a pot of salted butter, and a bit of yellow cheese, lay on a tray at one end of the table. The jug of ale and a wooden cup sat next to the food.

The stranger still lingered. His satchel lay half-empty next to a mess of supplies and logbooks, scratch paper, and empty ink bottles covering the other half of the table. Pens in varying states of decay or disrepair were scattered about as though someone had sought a functional implement in haste and found them all lacking. Then, all of it had been shoved toward the end of the table to make room for the tray and such. The delivery boy had shown his customary lack of concern for anything beyond his task.

“Just push anything that is in the way aside.” The stranger himself stood next to the shelves where I had directed him, bent over the oldest log on the shelves.

“There is plenty of room, thank you,” I replied as I set about breaking the loaf into pieces. “Did you take your meal in the great hall?”

“I am well enough for now, thank you.” He didn’t look up from his perusal of the ledger.

From all I had read, large men seemed to require vast quantities of food. I glanced at the invader. He definitely fit the definition of large, but he didn’t have the manner of a warrior. I had seen many of those from my window perch and at my tower’s gate over the years. Though, I would definitely not consider him flabby or soft either.

As I considered the best descriptors for him, he lifted his gaze from the ledger and met my gaze. One golden-brown eyebrow rose in a silent question.

“You do not have the appearance of a man who skips meals regularly.”

“True, I don’t usually, but this is an exception.” He gestured to the laden shelves around us. “I have no way of knowing I will be allowed in again tomorrow.”

I shrugged. “I suspect you will. Worthenave likes showing off his collection, and admirers cannot fully appreciate it in only a single survey.”

“I prefer not to risk it.” His attention returned to the page.

Breaking my bread into two hunks, I opened up one of the linen napkins on the tray. Spreading it out, I set the bread hunk, half the cheese, and the meat shavings on it. I then folded the linen so that the food wouldn’t fall out.

Delivering the bundle took a bit more bravery, but I forced myself to act before I thought on it over much.

“To hold you until the evening meal,” I explained as I dropped it on the open shelf near his elbow. I returned to the table to focus on my own meal.

For a few moments, I feared he would reject it, or worse, take offense that I had not believed him. Only the sounds of him eating put me at ease enough to devour my own meal efficiently. As I cleared away the remnants, he approached and dropped the crumpled napkin on top of the pile.

Posted by Kelsey Bryant at 7:10 AM No comments: