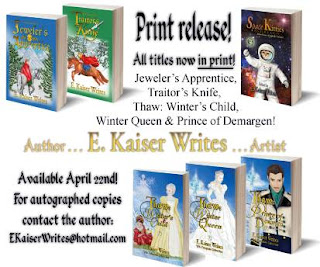 I am privileged today to be participating in E. Kaiser Writes’ blog tour, which celebrates the release of all five of her novels in paperback, with illustrations by the author herself! 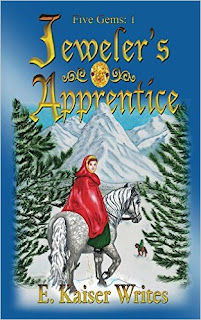 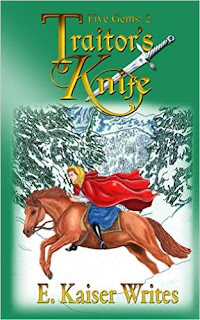 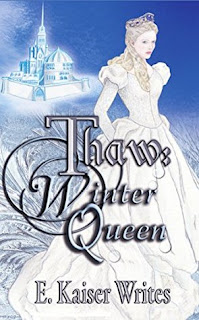 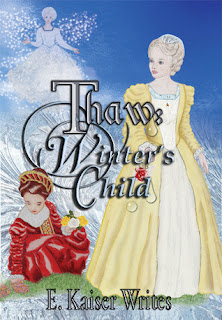 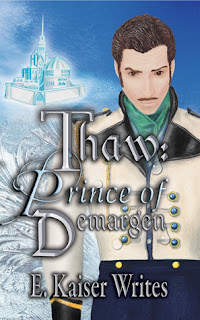 Jeweler’s Apprentice: On her first visit to the palace, sixteen-year-old Fia stumbles upon a court intrigue. To keep the secret safe, the Chancellor sends her off as apprentice to a famous, reclusive, mountain jeweler...
...And straight into adventure.
Discovering gems with deep secrets and new friends with the same, Fia learns a whole lot more than just making jewelry: when to trust a stranger, and when not to, why not to try stealing from gem thieves; what heroism is; what royalty ought to be; and that the mountains themselves can sometimes be the greatest danger of all.
Is the legend of the Sunlight Stone true?
Will peace ever come to the war-torn neighboring kingdom?
And what is the stable boy hiding...?
Kindle eBook
Paperback

Traitor’s Knife: Secrets. Sabotage. Murder. With Olayin House temporarily turned into a weapons factory, Fia is confronted with the care of three refugee children, an ill-timed visitor, a perplexingly brash messenger that she isn't quite sure what to think of, all while trying to keep her friend’s secrets safe. But when dangerous accidents start to happen, the young apprentice begins to tread a fine line of suspicion. Are saboteurs out to nix the weapons works... and is the incognito crown prince in mortal peril? Winter in the mountain house isn’t as cozy as her apprenticeship was expected to be.
Kindle eBook
Paperback

Winter’s Child: A barren king and queen pray for a child, and when in their loneliness, they make one out of snow, their prayers are answered in a special, and unusual way.
Sometimes, when we get what we wish for, we don't know what to do with it.
Combining elements from the Snow Maiden, Schneekind, and Snegurochka tales with those of the Snow Queen; Winter’s Child introduces a new series: THAW.
Kindle eBook
Paperback

Winter Queen: A slightly pampered girl allows her avoidance behavior to isolate her from the world... it's only when she takes the final step that she realizes the wall she's built in the name of safety is also the one that will hold her prisoner forever... unless she discovers how to destroy it.
The only one who can break a neurosis... is the one who has it.
Kindle eBook
Paperback

Prince of Demargen: The whole world knows his guilt, and is absolutely correct about it, but how far can a man go to regain respect so swiftly lost?
Or is an honorable death the best a fallen star can hope for?
The only person who can help him... is the one he most deeply wronged.
Kindle eBook
Paperback 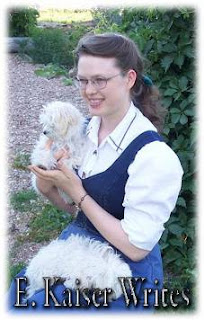 E. Kaiser Writes credits her nearly nomadic childhood for the vast reach of her fictional worlds; she has lived (and gotten to known the locals) in the Rocky Mountains, the Smoky Mountains, the plains, the deep forest, the searing Texas summer and frozen Minnesota north.

She wears many hats: writer and editor of ad copy, web copy, office correspondence, and fiction; a cowgirl, animal trainer, seamstress, jeweler, artist and... authoress! Find her on her website, blog, Facebook, Amazon, Goodreads, and Pinterest.

~*~
E. Kaiser Writes is one of my favorite contemporary authors. I also had the honor of helping her with editing and beta reading. Here are links to my reviews for her books:
Jeweler’s Apprentice
Winter’s Child
Prince of Demargen