Welcome to June, everyone! Today I’m excited to be a part of the blog tour for Amanda Tero’s latest release, The Secret Slipper. I’ve been following Amanda’s releases for a while now (and reading as many of them as I can!), and I was particularly excited about The Secret Slipper, as it’s a retelling of my favorite fairy tale, Cinderella.

Being a cripple is only the beginning of Lia’s troubles. It seems as if Bioti’s goal in life is to make Lia as miserable as possible. If Lia’s purpose is to be a slave, then why did God make her a cripple? How can He make something beautiful out of her deformity?

Raoul never questioned the death of his daughter until someone reports her whereabouts. If Ellia is still alive, how has she survived these ten years with her deformity? When Raoul doesn’t know who to trust, can he trust God to keep Ellia safe when evidence reveals Bioti’s dangerous character?

As time brings more hindrances, will Raoul find Ellia, or will she forever be lost to the father she doesn’t even know is searching for her? 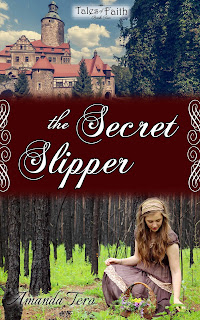 As I mentioned, Cinderella is my favorite fairy tale. The Secret Slipper is Cinderella with an intriguing twist it appears no one has ever written before: What if Cinderella’s father is the one who is looking for her? This creative turn of character made for a unique story that was able to focus on the yearning for family and belonging instead of the overdone romance, and, most importantly, how God turns out everything to work for the good of His children.

The story is fast-paced and the plot is tight and well written. I read it in two sittings – I did not want to put it down. I found all the characters interesting, but I did feel I wanted a bit more character development among the major characters and differentiation among the more minor characters. But that’s just me!

I really appreciated the spiritual lessons that Lia and Raoul (Lord Kiralyn) learned, especially Raoul’s conviction about not leaning on his own understanding and instead praying and listening to God’s leading. That was something I needed to be reminded of, and I’ve been thinking about it ever since I read it; it’s really helped me over the past several days of life circumstances. It’s a very meaningful lesson to discover alongside Raoul.

Another twist I was not expecting was in Lia’s character. She is the “Cinderella,” but she wasn’t the tale’s typical angelic maiden; instead, she had a lot of bitterness, which was actually more realistic. Although this was important to the storyline, I was a little disappointed that my normal favorite in the Cinderella tale was not more likeable to me. As it was, I was drawn to her mainly because she had my sympathy for her crippled foot. But her depth of darkness does allow God’s work to shine forth.

In short, this novella immersed me in an intriguing story that was hard to put down and that truly spoke to my heart.

(I purchased this book and was under no obligation to write a positive review.) 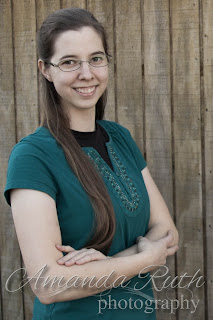 Amanda Tero is a homeschool graduate who desires to provide God-honoring, family-friendly reading material. She has enjoyed writing since before ten years old, but it has only been since 2013 that she began seriously pursuing writing again – starting with some short stories that she wrote for her sisters as a gift. Her mom encouraged her to try selling the stories she published, and since then, she has begun actively writing short stories, novellas, and novels. If something she has written draws an individual into a deeper relationship with Jesus Christ, it is worth it!

“Trust in the Lord with all thine heart, and lean not unto thine own understanding.” (Proverbs 3:5)