In honor of the release of her third book in the Five Gems series, author E. Kaiser Writes is doing a blog tour and giveaway with Silver Dagger Book Tours! She's one of my favorite indie authors, so I encourage you to take a look at her books and have fun with the tour. You'll find a link to the main post at the end, which will also take you to the giveaway and schedule. 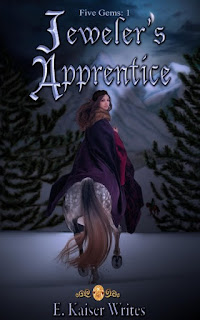 On her first visit to the palace, sixteen-year-old Fia stumbles upon a court intrigue. To keep the secret safe, the Chancellor sends her off as apprentice to a famous, reclusive, mountain jeweler...
...And straight into adventure.
Discovering gems with deep secrets and new friends with the same, Fia learns a whole lot more than just making jewelry: when to trust a stranger, and when not to, why not to try stealing from gem thieves; what heroism is; what royalty ought to be; and that the mountains themselves can sometimes be the greatest danger of all.
Is the legend of the Sunlight Stone true?
Will peace ever come to the war-torn neighboring kingdom?
And what is the stable boy hiding...? 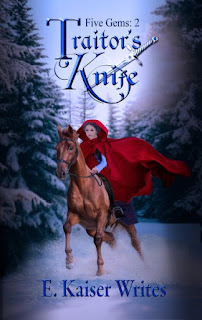 Secrets. Sabotage. Murder. With Olayin House temporarily turned into a weapons factory, Fia is confronted with the care of three refugee children, an ill-timed visitor, a perplexingly brash messenger that she isn't quite sure what to think of, all while trying to keep her friend’s secrets safe. But when dangerous accidents start to happen, the young apprentice begins to tread a fine line of suspicion. Are saboteurs out to nix the weapons works... and is the incognito crown prince in mortal peril? Winter in the mountain house isn’t as cozy as her apprenticeship was expected to be. 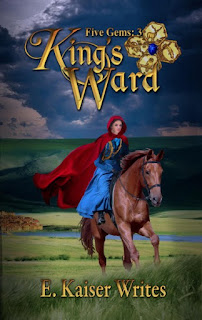 With her wealth of loyalist secrets, Fia’s position at Olayin House is compromised. Now a potential danger to two countries, she is made a ward of the king and sent away yet again; this time into the grassland kingdom of Erlandia, but her journey amongst the horse folk takes unexpected turns.
Trapped under siege, she faces two men from her past... one she fears might murder her, and the other may die of plague unless she wins the battle for his life.
And with the Sunlight Stone traded for troops, how long will Erlandia’s peace last? 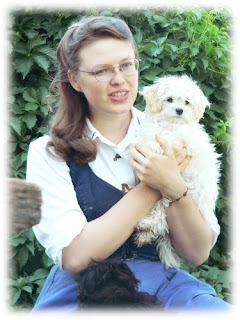 About the Author
E. Kaiser Writes was born into a family of readers, and got started on storytelling around the age of four when her older siblings prompted her into recounting an absolutely ridiculous account of a parallel childhood. It was good for the family's general entertainment, and she discovered the thrill of making people laugh.
At the age of seven her mother read the Hobbit aloud, and a fascination with beautiful fantasy was born. At nine she came to the decision that she wanted to be a writer, and set to reading rabidly to learn the art. At thirteen she attempted her first novel, and it was eaten in a computer's demise.
Afterward, during her teenage years she tried very hard at various times to stop writing all together.
Not succeeding, she at last gave in to her addiction, and wrote “for fun."

Her first novel, Jeweler's Apprentice, is a light-fantasy adventure for teens. The shy, bookish heroine is thrust out on the first step toward the adventure that awaits, and growing up. More books in this series are expected.